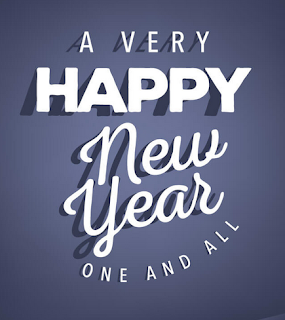 2016 has been a dark year. Even the most positive of optimists (and I include myself amongst them) can't fail to see how this year has proven to be the most miserable in at least, the last 10, if not more years.

We lost a great deal of talent. A very sad loss to their industries and fans - David Bowie, Victoria Wood, George Michael, Caroline Aherne, Alan Rickman, Carrie Fisher and Prince amongst those who left far too young. We also lost some who had a few more years on them, but will be still missed by many, including Terry Wogan, Carrie Fisher's mum Debbie Reynolds.

It was also the year anniversary of one my best friends passing.

In the political world, we lost a young politician, mother and wife, who was brutally killed for just doing her job, Jo Cox. Not forgetting the many victims of terrorism and violence - Aleppo, France, Belgium, Turkey, Germany, as well as the countless shootings in America from Orlando, through to Ohio State University. When will the USA ever tighten up their gun laws?

We had Brexit. The less said about the better...unless anyone can give me any actual facts, about what 52% of the UK voted for. Even still, no one knows what "Brexit means Brexit" means! We have a new Prime Minister, put in place after all the politicians responsible for the referendum and the scare mongering of the nation, did a runner!

We have Trump. Some how he became President of America. The chaos of the US election puts even more people into a greater state of WTF-ness. Things might not be so bad, if someone could just deactivate his sodding Twitter account!

2016 also saw random crazes like the Mannequin Challenge, Killer Clowns and the bonkers Deconstructed Coffee...and of course, who hasn't heard the mighty power of Pokemon Go!

Looking on the positives...I got engaged (I become a husband in 2017, how cool is that??)...and I finally got to see long awaited stage "sequel" to the Potter books, Harry Potter and the Cursed Child. I worked on 6 projects with Blue Zoo, became a BAFTA guru-pro and finally got to go Annecy Animation Festival. So, although 2016 was crappy for many, it wasn't all bad.

Wishing everyone a very successful 2017! Although its unlikely we'll get a BrexitEXIT, or a DumpTrump, I hope all your wishes for the new year come true.